As many as 20 students from Odisha, including Chanchal Rana, who is ranked 7th in the country, cleared the Union Public Service Commission (UPSC) Civil Service Examination 2013, results of which were announced today.

Rana, who is currently undergoing training as an IPS officer in Hyderabad belongs to the Nalco Nagar in Angul.

Gaurav Agrawal has secured the all India first rank in the three-step appointment process. Munish Sharma and Rachit Raj are the names found in the second and third places on the list put out by the UPSC. 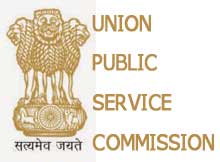 As many as 1,112 candidates have been recommended for appointment to the Indian Administrative Service, Indian Foreign Service, Indian Police Service and Groups A and B of the central services.

While the written examination was held in December last year, the interview and personality test was held in April-June this year.