Informing on the new facility a source in the Museum said, initially it has been planned to run 10 CDs per week in rotation basis to provide visitors a glimpse of the State’s rich maritime history. He added, the theatre having a seating capacity of 48 persons, charges Rs 60 per person to visit the theatre.

With the induction of new facility to the museum, it became the first Government operated unit in the State to have such theatre after BMC Bhawani Mall at Bhubaneswar already housing a private operated 7D Rider movie theatre inside it.

According to museum guidelines, children below the age of eight years, persons with cardiac problem and pregnant ladies, are prohibited from entering the 4D hall. Those who will come to watch the show will have to wear special spectacles, which will be available for a refundable security deposit of Rs 50.

Assistant curator Tapas Ranjan Das said: “Various short films of 14 minutes to 17 minutes duration such as Alibaba, Jet and Jim, Deep Sea Adventure, Rexy, Horror, Roller Cluster, Haunted Raceway and Earth Polar will be screened at the theatre. It will have the effects of wind, smoke, fog, aroma, bubbles and even snow during the screening.”

The 48-seat capacity 4D hall has been built for Rs 2.21 crore. “About Rs 1.85 crore was spent on civil work, while the rest was allotted as maintenance cost for three years as part of the agreement with Premier World that has built the theatre,” Das said. 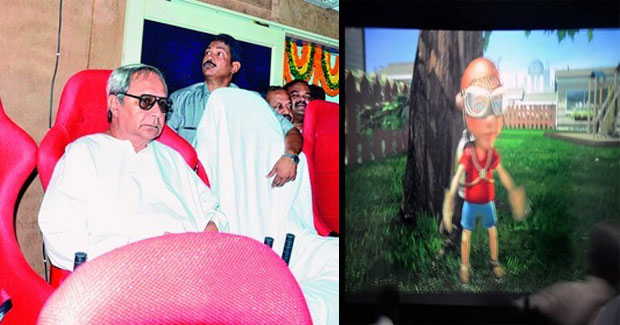