The Shree Jagannath Temple Administration (SJTA) decided to display the rate chart of Mahaprasad (Abadha) available at Anand Bazar on the premises of the 12th century shrine after the holy month of Kartika.

SJTA Chief Administrator Pradipta Mohapatra said before putting up the rate chart, an inspection will be held on money to be spent for preparation of the Mahaprasad items. After that, the formal procedure for the same will begin.

The SJTA chief further informed that it has also been decided to replace old and corroded idols inside the temple. Accordingly, idols of Laxmi, Narayan, Madan Mohan and Vamana will be replaced. An idol of goddess Laxmi, constructed long back in 1972, is already in place for the placement.

“The Pushpalaka and Singhari servitors had proposed to replace the old and degraded idols. A meeting in this regard will again be held on November 20,” he added.

Earlier on June 8, the apex court had sought a report from the Puri District Judge on how to curb mismanagement and alleged exploitation of the devotees at the Jagannath temple. 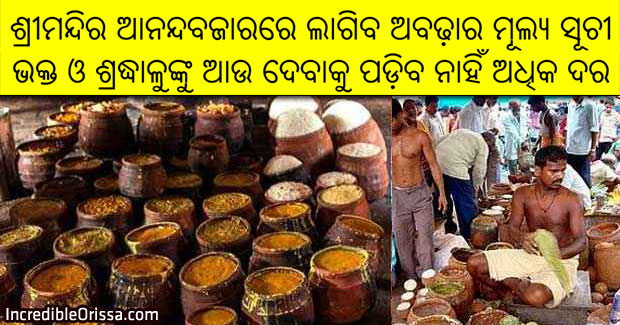