Adwaita Gadanayak, a noted stone sculptor and a native of Odisha, is set to take charge as director-general of the National Gallery of Modern Art (NGMA).

The Ministry of Culture had recommended Gadanayak’s name more than three months ago, and the Appointments Committee of the Cabinet (ACC) finally approved it on Friday afternoon.

He succeeds Rajeev Lochan, who retired on June 30 after being at the helm for 16 years. “I want to make Delhi a global art hub. Also, we should showcase indigenous art abroad and make a mark on the international art scene,” said Adwaita Gadanayak.

Head of the School of Sculpture at Kalinga Institute of Industrial Technology (KIIT), Bhubaneswar, the 47-year-old is not an unfamiliar face in the Capital, occasionally working from his studio at Kaladham in Greater Noida, Uttar Pradesh.

A native of Neulapoi village in Dhenkanal district, Gadanayak studied at BK College of Arts and Crafts here before doing his post graduation from the Delhi College of Art and also from the Slate School of Fine Arts, London.

“But I learnt the best lesson of art from my village located between Joranda, the principal seat of Mahima cult which doesn’t t believe in idol worship, and Kapilash (a prominent Shaivite shrine where idols are worshipped). What a contrast for an artist,” he said. 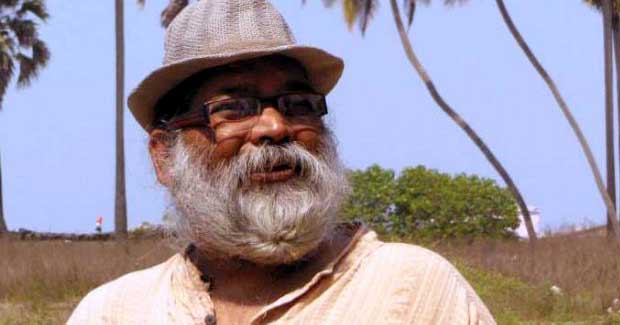