The music of Raazi has been composed by the trio of Shankar-Ehsaan-Loy and the lyrics are written by Gulzar. ‘Ae Watan’ is without doubt the best patriotic song to have come out of Bollywood in a long time.

Arijit Singh leads the earnest piece in style, with a fine chorus in tow and a grand soundscape that while making the song a haunting one, contributes to the earlier mentioned deja vu factor.

The composers hand the alternate version of ‘Ae Watan’ to Sunidhi Chauhan and a bunch of talented kids from the Shankar Mahadevan Music Academy Children’s Chorus.

While retaining the main melody, the song receives a totally different treatment here. The orchestral backdrop is replaced with a folksy one (which means more of Roy’s awesomeness). And the song is sandwiched between free form (seemingly raag Kedaar/Hamir Kalyani-based) renditions of the opening lines of Muhammad Iqbal’s ‘Lab Pe Aati Hai Dua’ — while Sunidhi sings the prelude version of the poem, the closing bit is sung by a very promising sounding Satyajeet Jena.

Raazi, directed by Meghna Gulzar, is based on Harinder Sikka’s novel Calling Sehmat. The film is set during the Indo-Pak war of 1971 and Alia’s character Sehmat plays a daughter, a wife and a spy. 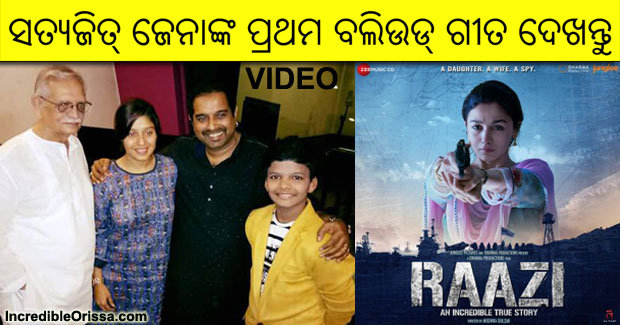