Prem Anand has scored the film’s music. Dialogues of Agastya are written by Nirmal Nayak. Another heavyweight in this movie is its DoP Pratap Rout who has worked extensively in regional and Bollywood cinemas and is the associate cameraman of the upcoming bollywood biopic on M.S Dhoni.

Agastya film saw an exclusive launch at Silver city Cuttack while unveiling its entire cast and crew. First time ever, Anubhav Mohanty and Akash Das Nayak, our two mainstream Ollywood superstars have joined hands to come out with this theatrical masterpiece. 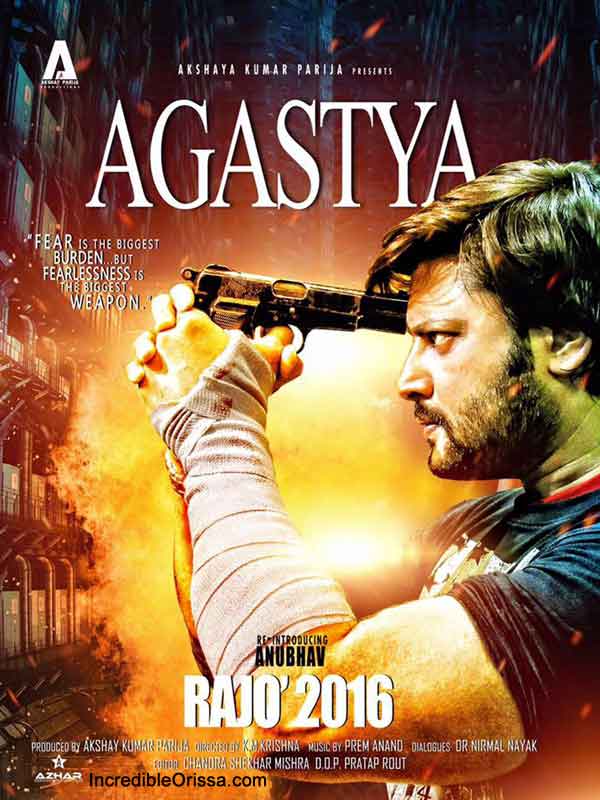 “Agastya is named after the famous sage who was known for his tremendous control over his anger. This name and the character is inspired from him. This film, a romantic thriller, is an attempt to re-introduce fresh story and original script in Ollywood and break the trending stereotype of regional remakes”, said Akshay Parija.

Set in the undertones of underworld, this film has a realistic treatment to it, says Anubhav Mohanty. “My character is a bad boy from the underworld. As the film’s tagline says: Fear is the biggest burden but fearlessness is the biggest weapon, his story from how he falls in love to internal struggle and war with anger and how he evolves as a character is to watch out for”, he adds.

The news of Anubhav and Akash is not the only first. Indian Idol junior winner Ananya Sritam Nanda has lent her voice to a romantic piece for the movie which is her first time ever in cinema.