A Bharti Airtel Ltd release claimed that Airtel is a major mobile operator in Odisha with over 8.5 million customers.

The release said Airtel 3G services will be available at prices starting as low as Rs 27 and customers can choose from a variety of simple and affordable plans. 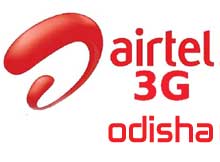