The highlight of Airtel’s V-Fiber service is the promise of speeds up to 100Mbps on regular broadband lines. Existing broadband users will not pay any additional charges on their monthly rental plans for the service, however, will need to spend extra on a compatible modem.

Sameer Batra, its chief executive for Mumbai, said the company’s presence in the DTH space to bring satellite broadcasting, coupled with wireless and wired connectivity will help make it preferred company for consumers.

Just like Jio, Airtel will not be charging customers for data for the first three months, Batra said. When asked about whom the company is competing against, he claimed this is the first such offering in the market giving users speeds of up to 100 MBPS and hence, does not see an immediate rival.

The company is aiming to have all of its 3.51 lakh fixed lines phones upgrade to the newer offering, Batra said, adding it does not take any additional expenses apart from Rs 1,000 for a modem which is available on EMIs.

The basic plan starts at Rs 599 for 10 GB data, but the unlimited calling feature is available only for the 60GB per month plan which comes at a rental of Rs 1,299, Batra said. The cheaper plans can convert to free calling by paying Rs 99 per month, he said.

ALSO READ: Now Facebook Messenger lets you video chat with up to 50 people 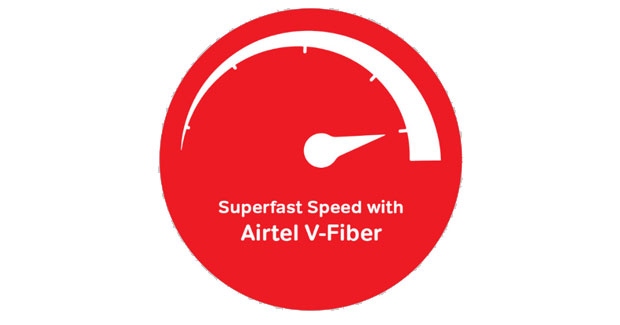