The year is 1981 and tax officer Amay Patnaik (Ajay Devgn) has just assumed office in Lucknow. That he has been transferred “saat saal mein unchas baar” speaks of his conscientious self.

When a mysterious informant discreetly conveys leads on tax evaders in the city, Patnaik builds a case to conduct the biggest raid of his career — one that hopes to seize assets around Rs 420 crore (an ironic figure given the charso-beesi involved). The target of the raid is Rameshwar Singh (Saurabh Shukla), a local stronghold who goes by ‘Rajaji’.

But when Patnaik and his team file into Singh’s ‘White House’ to conduct the raid, the head of the household threatens them of the consequences of this pursuit. Wielding his connections, the pot-bellied Singh takes every effort to derail Patnaik’s onerous mission, while the latter follows procedure with wonky exactitude.

Will Patnaik manage to excavate gold bars and heaps of currency notes or leave empty-handed? The answer is obvious but the unexpected turns make this 128-minute film worth sitting through. 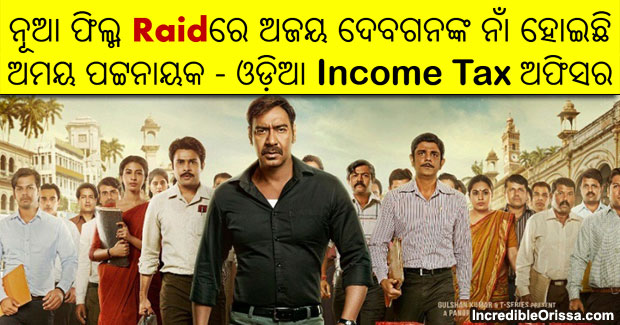