Veteran Odia actor Ajit Das passed away while undergoing treatment at SUM Hospital in Bhubaneswar on Sunday. He was 71.

The famous Odia actor was admitted to SUM COVID hospital after testing positive for COVID-19 on September 1.

Born on January 20, 1949, Das had started his film career in 1976 from the movie ‘Sindura Bindu’. He also received critical acclaim for ‘Hakim Babu’ in the early 80s.

Das was last seen in Arindam-Elina starrer film ‘Ishq Puni Thare’, which was released in September 2018.

Ajit Das had acted in over 60 films and directed several films. He was also the former Head of the Department of Drama at Utkal Sangeet Mahavidyalaya.

According to the veteran actor’s family members, Das was suffering from fever for the last seven days. His wife Maya Das has also tested positive for COVID-19. 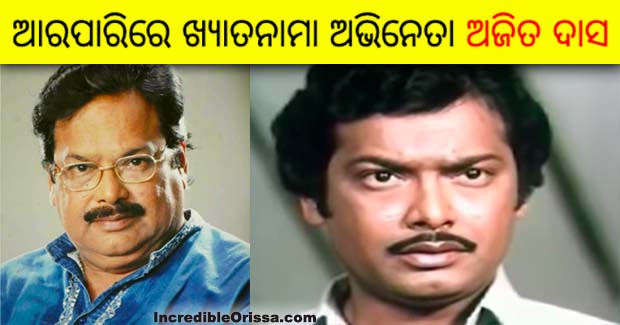