Watch this interview of Odia actor Akhila Patnaik where he said about Sarathi Baba’s Ollywood link and his personal relation with him from 2007.

Akhila clarified that Baba has not invested single penny in his film ‘Bachelor’. He borrowed all money from three of his friends and invested in the movie.

Due to his love towards Baba, he has written the banner as Srimad Sarathi Production. 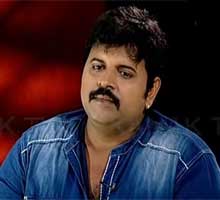 Recently the Crime Branch has quizzed Akhila Patnaik about the investment of money in the film.

Earlier news came that Akhila had persuaded Sarathi and produced the movie with his wife as the producer and himself as the hero of the film.