Akshaya Tritiya 2022 date is 3rd May (Tuesday). In Odisha, on Akshaya Tritiya farmers start ploughing their land and construction of chariots for Rath Yatra begins at Puri.

Akshay Trutiya is an important festival for the people of Odisha which is generally observed on the third day of the bright half of the lunar month of ‘Baisakha’ of the traditional Hindu calendar. 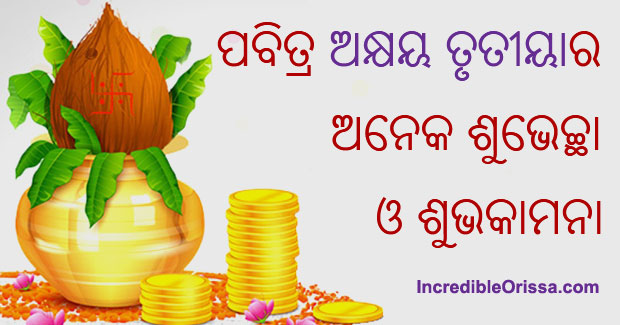 Akshaya, a Sanskrit word, literally means one that never diminishes, and the day is believed to bring good luck and success.

The day is considered auspicious for starting new ventures. The legend is that any venture initiated on the auspicious day of Akshaya Trutiya continues to grow and bring prosperity.

The day is particularly considered auspicious for buying long term assets like gold and silver, including ornaments made of the same; diamond and other precious stones; and the real estate.

AALSO READ: First Odia woman to be a flight commander in an international airlines 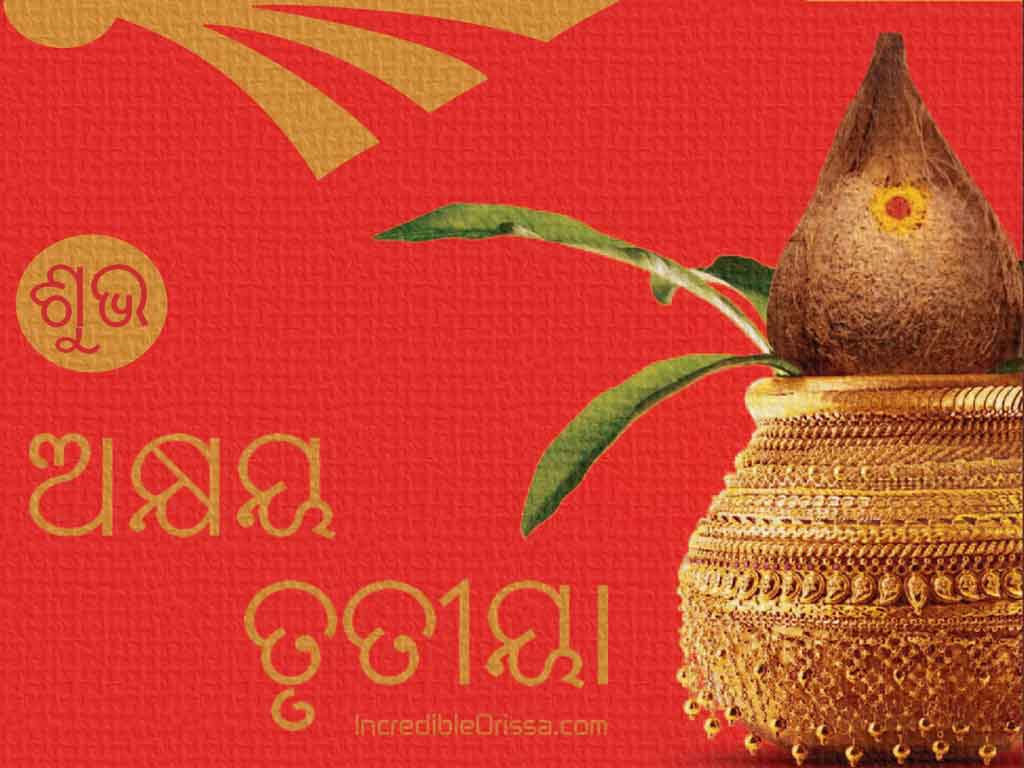 According to Hindu mythology, on this day the Treta Yuga began and the river Ganges, the most sacred river of India, descended to the earth from the heaven.

It is an auspicious day of the birthday of Lord Parasurama who is the sixth incarnation of Lord Vishnu.

On this day, Veda Vyas and Lord Ganesha began to write Mahabharata.

In Mahabharata, Yudhishtira receives the Akshaya patra, which he uses to serve food for all the needy in his kingdom.

Kubera received his wealth and position as custodian of wealth and property with Goddess Lakshmi on this day. 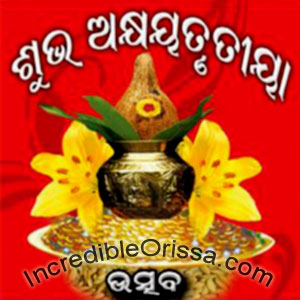 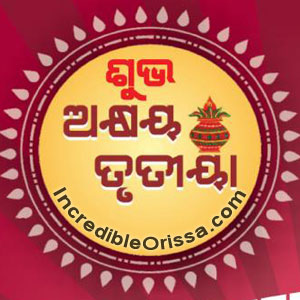 Early in the morning, farmers in their respective homes arrange the materials for the ritual. After taking bath in a river or tank they wear new clothes and carry the seeds in new baskets. In the field offerings are made to Lakshmi, the ‘Goddess of wealth’, which the farmers do it themselves. Then they sow seeds ceremonially praying the Goddess for a rich bumper crop. In the evening feasts (strictly vegetarian) are arranged in respective homes.

In western Odisha, Akshaya Tritiya festival is called ‘Muthi Chhuan’. Eating of green leaves (Shaga) is forbidden for the day. It is observed by all farmers irrespective of their caste and creed. 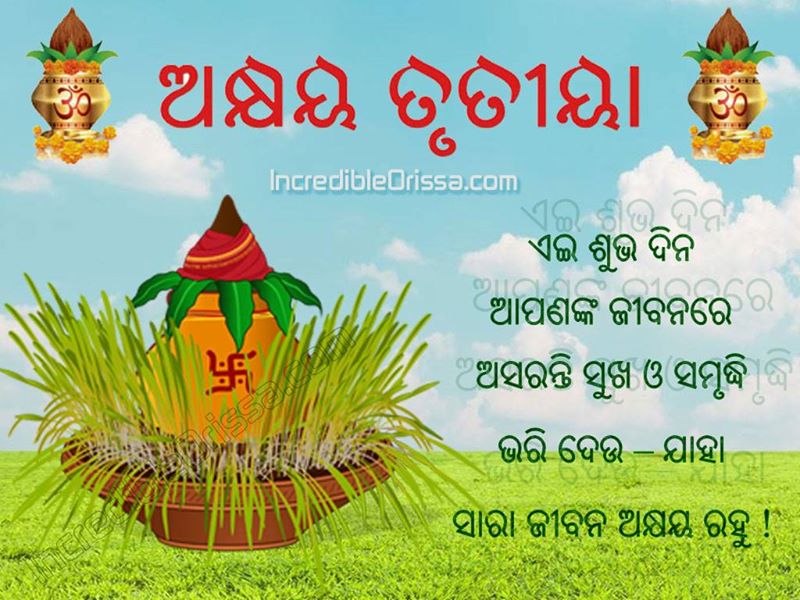