“Alcohol does all kinds of things in the body, and we are not fully aware of all its effects,” says James C. Garbutt, MD, professor of psychiatry at the University of North Carolina at Chapel Hill School of Medicine and a researcher at the university’s Bowles Center for Alcohol Studies.

Heavy drinking can cause the number of oxygen-carrying red blood cells to be abnormally low. This condition, known as anemia, can trigger a host of symptoms, including fatigue, shortness of breath, and lightheadedness.

Alcohol can cause a number of different cancers. The risks of developing lip, tongue, throat, oesophagus and liver cancer increases proportionally with the amount of alcohol consumed. Even moderate alcohol consumption can cause breast cancer, according to recent research, and a series of studies confirm that the risk increases with the amount consumed. Evidence of a possible link with alcohol consumption is weaker for cancers of the stomach, prostate, colon, rectum and ovaries.

Heavy drinking, especially bingeing, makes platelets more likely to clump together into blood clots, which can lead to heart attack or stroke. In a landmark study published in 2005, Harvard researchers found that binge drinking doubled the risk of death among people who initially survived a heart attack.

Alcohol is toxic to liver cells, and many heavy drinkers develop cirrhosis, a sometimes-lethal condition in which the liver is so heavily scarred that it is unable to function. But it’s hard to predict which drinkers will develop cirrhosis.

As people age, their brains shrink, on average, at a rate of about 1.9% per decade. That’s considered normal. But heavy drinking speeds the shrinkage of certain key regions in the brain, resulting in memory loss and other symptoms of dementia.

It’s long been known that heavy drinking often goes hand in hand with depression, but there has been debate about which came first – the drinking or the depression.

Heavy drinking can cause epilepsy and can trigger seizures even in people who don’t have epilepsy. It can also interfere with the action of the medications used to treat convulsions.

A painful condition, gout is caused by the formation of uric acid crystals in the joints. Although some cases are largely hereditary, alcohol and other dietary factors seem to play a role.

Heavy drinking, in particular can cause blood pressure to rise. Over time, this effect can become chronic. High blood pressure can lead to many other health problems, including kidney disease, heart disease, and stroke.

Heavy drinking suppresses the immune system, providing a toehold for infections, including tuberculosis, pneumonia, HIV/AIDS, and other sexually transmitted diseases (including some that cause infertility). 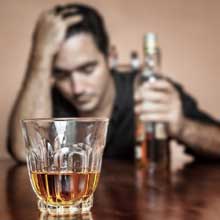 Heavy drinking can cause a form of nerve damage known as alcoholic neuropathy, which can produce a painful pins-and-needles feeling or numbness in the extremities as well as muscle weakness, incontinence, constipation, erectile dysfunction, and other problems.