On the eve of the Nabakalebar Rath Yatra, All India Radio (AIR) released three volumes of Jagannath Bhajans as CDs.

These devotional songs of the 1960s and 1970s were meticulously collected from the AIR archives, Cuttack and released before Nabakalebara Rath Yatra to cater to the demands of Bhakti Sangeet lovers.

On the occasion, F Sheheryar, DG, AIR, informed that more such Bhakti Sangeets collected from the AIR archives would be released soon.

He further said Lord Jagannath’s evergreen Bhajans will soon be uploaded on the YouTube for thousands of devotional music lovers across the world. He said the AIR-Odia live streaming would also be available very soon on the Internet as well as on mobile apps. 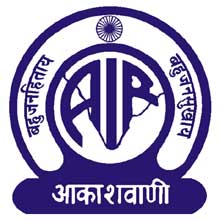