Odisha’s Aman Biswal has sealed his place in the Top 16 of the popular reality show Rising Star India Season 2, aired on Colors TV.

He made it to the Favourite 16 in the show after winning the Duels in Takkar round and will now compete for the ultimate title of Rising Star. Duels Ki Takkar was a face-off between two singers and the one receiving the more number of votes proceeded to the next round.

Aman crooned ‘Bol Do Na Zara’ from the movie ‘Azhar’ and scored 87 per cent votes as against 77 of Sindhu Wadekar. The 12-year-old managed to beat Sindhu’s score, even after chocking towards the end of his performance which made the judges visibly worried.

However, Aman maintained his cool and left everyone spellbound with his comeback. Judge Diljit Singh picked him up in his arms and judge Shankar Mahadevan applauded his calm demeanour and said, “Many a time, we get nervous and choke. However, this boy kept the rhythm going and picked up right from where he stumbled.”

Rising Star India (Season 2), LIVE music reality and talent hunt show, has singers perform live with simultaneous online audience voting on VOOT app, besides the app and website of the television channel. A screen that streams live results of the voting literally rises when a participants crosses the cut-off of 80% votes, qualifying for the next round. 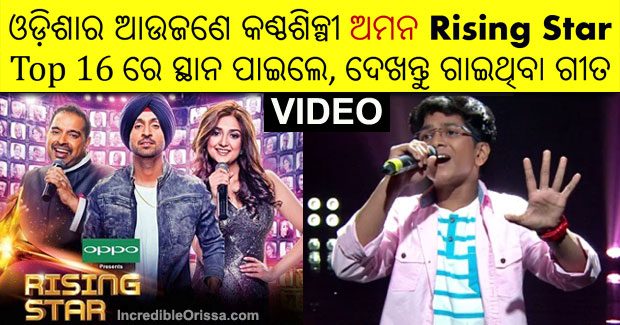