Eminent Bollywood actors and many cricket legends are likely to attend the closing ceremony of Odisha Men’s Hockey World Cup Bhubaneswar 2018 on December 16.

Big B Amitabh Bachchan, Aamir Khan and Shahid Kapoor are among several Bollywood stars who are speculated to grace the concluding ceremony of the premier sporting competition.

Several cricket legends including master blaster Sachin Tendulkar, ‘The Wall’ Rahul Dravid and ‘The Prince of Kolkata’ Sourav Ganguly are also likely to be part of the valedictory event of the mega tournament.

“We have sent across formal requests to a host of Bollywood stars and Indian cricketers for participating in the closing event. Many of them have accorded their consent while the rest are likely to commit by the first week of December,” a representative of the Sports and Youth Affairs Department said.

The state government is leaving no stone unturned to make the event a star studded affair. So far, Shah Rukh Khan, Madhuri Dixit, A. R. Rahman, Salman Khan and a few others have graced the World Cup. 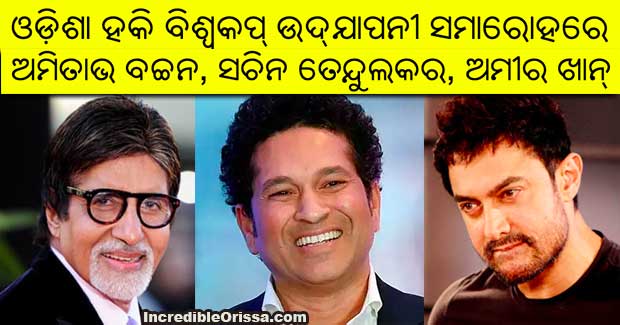