Noted Odia film producer and director Amiya Patnaik passed away after a prolonged illness at New Delhi on Friday. He was 63 and was undergoing treatment at a private hospital there for pancreatic cancer.

He is survived by his wife Seema Patnaik and son Anupam. Amiya Patnaik, known for making socially epic films including 1985 National award-winning ‘Hakim Babu’, was an engineer before he ventured into producing and making Odia films.

Also a dramatist, Amiya Patnaik had formed TechnoArts, a theater group, during his stint as a student in NIT, Rourkela. He made dramas like ‘Pruthak Pruthibi’ and ‘Byabhichara’, ‘Narka re Chahala’ to name a few. In 1978, he was adjudged the best director in Lok Kala Mahotsav and shot to fame in 1981 with ‘Byabhichara’. He is credited to have started slow-motion techniques on the stage.

Amiya Patnaik also ventured into the small screen with one of the longest-running Odia shows ‘Gotie Mana ra Kotie Swapna’. A pall of gloom descended in the film fraternity with condolences pouring in from different quarters following the demise of Patnaik. 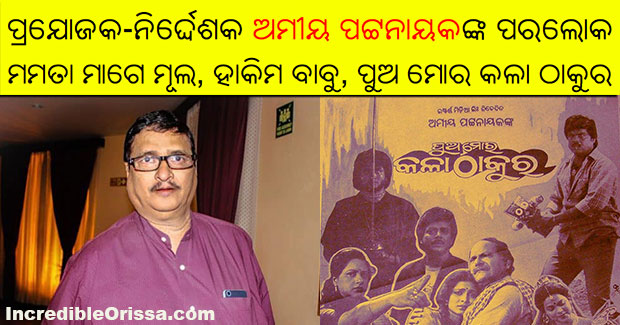