The Prime Minister’s Office (PMO) before sent an invitation to the child singer.

In her reaction after meeting the prime minister, she said “as an Odia I feel proud today sharing my success story with Modi. The prime minister advised me to go ahead with same tempo and assured all helps in this regard.”

The parents and other family members of Ananya seem very happy after meeting Modi.

ALSO READ: 10 interesting facts about the Jagannath Temple in Puri 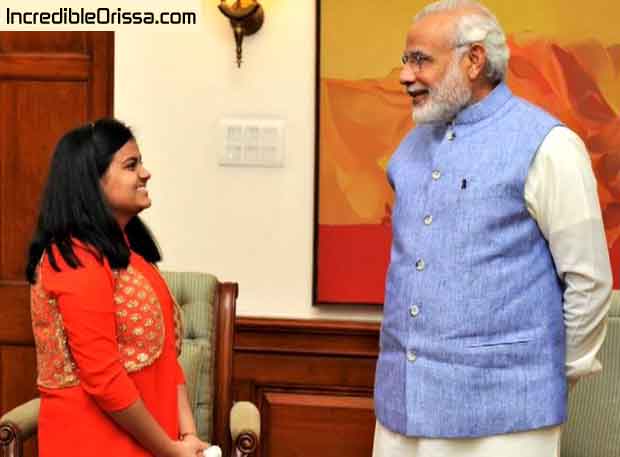 While chief minister Naveen Patnaik is yet to meet the winner officially after her September 6 victory, the Prime Minister will meet Ananya and her family members today. Union petroleum minister Dharmendra Pradhan is likely to accompany the singing star to the PMO.

Though Naveen Patnaik was prompt to congratulate Ananya on the day she won the title, the little girl is likely to get an invitation from the chief minister only after she arrives in Bhubaneswar on September 16.

“The invitation from Prime Minister Narendra Modi has proved that he is serious about Odisha and cares about our people,” said BJP district president Amiya Dash.

On the other hand, an official of the Chief Minister’s Office said: “Ananya will meet the chief minister, but there is no official plan to felicitate her.”

Struck by the PMO’s move, culture minister Ashok Chandra Panda tried to show their interest in the little champ.

“I had personally issued a statement to vote for Ananya. I had also posted requests on my Facebook page to vote for the child artist,” he said. However, he said that his department had no special plan to felicitate the singing sensation.

Panda’s argument and his show of support did not cut much ice with his opponents.

District BJP president Amiya Dash said while Assam chief minister Tarun Gogoi had voted for an Indian Idol Junior contestant Nahid Afrin, who hailed from Sonitpur, and issued a statement requesting people to vote for her, Naveen did not make any such effort to promote Ananya. 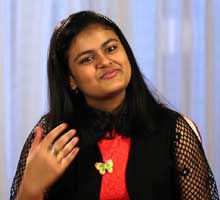 Though Naveen did not issue any statement asking people to vote for Ananya, the chief minister had vocally backed the Prince Dance Group when it was competing for the India’s Got Talent contest in 2009.

Though there is no plan for the state government to felicitate Ananya, her school is getting ready to offer her a warm welcome on September 16. The Bhubaneswar Municipal Corporation also plans to felicitate the wonder kid for her success.