Odia girl Annie Princee Nag was crowned Miss India Elegant 2017 title on Sunday. The 26-year old beauty queen won the title competing against 21 other contestants from across the country.

Belonging to a small town Jeypore in Koraput district, Annie’s winning the title will be an inspiration for many. After finishing her education from Vikram Deb College in Koraput, the 26-year-old beauty tried her luck in modelling when she moved to Bengaluru.

Annie had also won the ‘Miss Bengalore’ title in 2012. 22 contestants from across the country participated in the finale of the beauty pageant held at Bengaluru.

Apparently, the sizzling beauty started modelling and later got a break in the Kannada film Nanobne Ollevnu, in which she played the role of a college girl opposite South Indian superstar Ravi Teja. Since then, she has acted in several South Indian movies.

Annie’s father Ranjan Nag works with the Odisha Police while her mother is a primary school teacher in Jeypore.

ALSO READ: Origin of Durga Puja in Odisha and roots in the Gosani Jatra of Puri 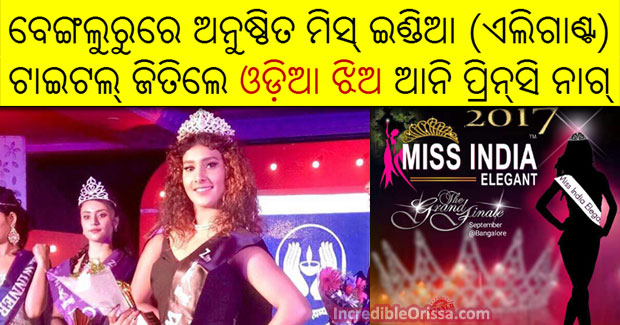