She is scheduled to return Odisha tomorrow and will be welcomed by the party leaders of the state unit. Speculation is rife that she might contest the 2019 Lok Sabha elections from Bhubaneswar Lok Sabha seat on a BJP ticket. Sarangi, however, neither confirmed nor denied it.

The former 1994-batch IAS officer was serving as the Joint Secretary of MGNREGA under Ministry of Rural Development. Her five-year tenure on central deputation had ended in August.

During her stint in Odisha, Sarangi had become a popular face as the Secretary of School & Mass Education Department and Commissioner of Bhubaneswar Municipal Corporation.

ALSO READ: Ticket system to be introduced at Puri Jagannath Temple for darshan 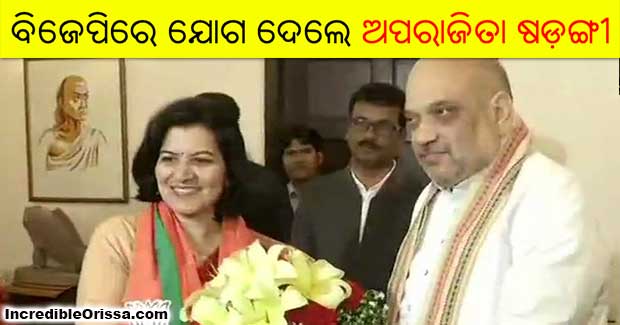