Apna Haath Jagannath (self-help is best) dialogue in ‘Veere Di Wedding’ film creates controversy. The people of Odisha started to speak against it. Cultural outfits can file a case against the producer of the film alleging blasphemy.

Earlier, Odisha had also witnessed outrage over a scene in 2009 Hindi movie Kaminey. The controversy stemmed from use of the phrase, ‘Apna Haath Jagannath’, written in a poster showing a scantily dressed woman of public toilet in a scene of the movie.

The director was accused of showing Jagannath in poor light. Based on a complaint filed by a religious outfit, police had registered a case against the producer of the film, UTV, under Section 295A (hurting religious sentiments) of the Indian Penal Code.

The Jagannath Temple had also decided to write to the producer of the film to remove the objectionable scene. Following the controversy, security was stepped up at theatres across the state where the movie was being screened.

Must watch this Odia musical short film ‘Goolaam’ by Happy 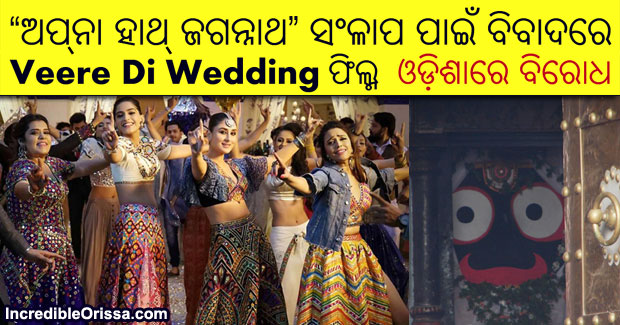