Kerala-based Kitex Garments Limited has proposed to set up an apparel manufacturing unit at Gopalpur in Odisha’s Ganjam district at an investment of Rs 177 crore.

The government of Odisha’s Single Window for Investor Facilitation and Tracking (GO-SWIFT) has received 300 proposals from investors across the country, an official said on Friday.

Launched in November 2017, the portal received the 300th proposal. The project will create employment opportunities for over 5,000 people, with a majority of them being women.

The project proposals submitted on GO-SWIFT to set up manufacturing units envisage a cumulative investment commitment of Rs 18,208 crore with an employment potential of over 29,000 people, the officials said.

The investment proposals belong to a variety of sectors ranging from food processing, seafood, aluminium downstream, apparel, cement, tourism and others. 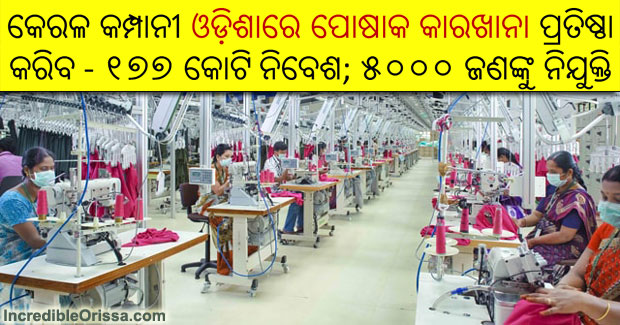