Infarct, the 2.20-minute video has doubled the joy of the hockey lovers of the state as it has been released on the occasion of Diwali today. Noted Bollywood singer Mika Singh has lent his voice for “Asa Kariba Ete Bobal, Odisha Naa Heba Global”.

Every Cup needs a song. Here is one for Odisha!

Sharing the video on its twitter handle the Sports & Youth Services Department of Odisha said, “Every Cup needs a song. Here is one for Odisha! Presenting the Odia cheer-up song of the Odisha Hockey Men’s World Cup Bhubaneswar 2018 by @MikaSingh.”

Artists of two famous dances of Odisha – Odissi and Sambalpuri – are also seen in the video which has a Sambalpuri rhythm. People from different age group and profession including school children and housewives have been featured in the video song.

Chief Minister Naveen Patnaik, Sports Minister Chandra Sarathi Behera and former Indian hockey team captain Dilip Tirkey can be seen in this video. Enjoy the song and share with others.

ALSO READ: Odisha ranks second among all states of country in OPD services 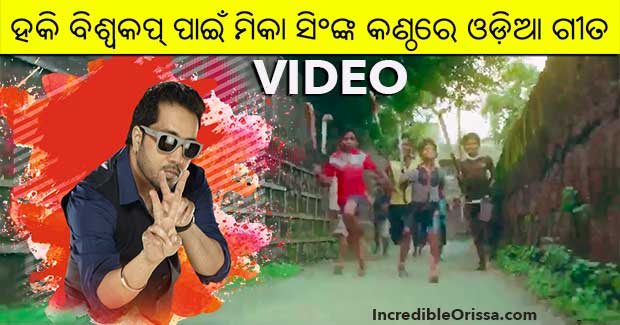