Chilika Lake is Asia’s largest saltwater lake, spread over the Puri, Khurda and Ganjam districts of Odisha state on the east coast of India.

It is also the largest coastal lagoon in India and the second largest lagoon in the world.

Chilika has a long history spanning over more than 5000 years. It has inspired philosophers, poets and naturalists for its picturesque beauty of its vast water area with a panoramic view of the Eastern Ghats in the background.

In 1981, Chilika Lake was designated the first Indian wetland of international importance under the Ramsar Convention.

It is the largest wintering ground for migratory birds on the Indian sub-continent. The lake is home to a number of threatened species of plants and animals.

Chilika lake is an ecosystem with large fishery resources. It sustains more than 150,000 fisher–folk living in 132 villages on the shore and islands. 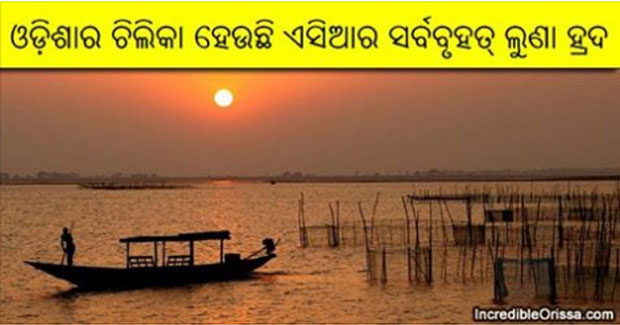