Aswini Sahoo, the CEO of World Blind Cricket is from Odisha’s Cuttack and has been actively trying to promote this sport ever since he took charge January 2018. A journalist by profession with a Masters’ degree in International Business, Aswini has worked with a couple of FM channels and a leading newspaper, before getting associated with USAID.

Behind every successful sport, are a host of people who work tirelessly every day for its promotion and smooth conduct. When the Indian blind cricket team clinched the World Cup defeating Pakistan last month, it was not only a proud moment for the players; it was an achievement to cherish for the World Blind Cricket Body as well, which had successfully hosted such a big event. However, not many know that the person who has been driving this global association is a man from Odisha!

“I worked in Afghanistan and the Gulf, during my association with USAID. In Dubai, when I was heading the operations of an Afghanistan based TV channel, I happened to get in touch with several top names. I feel this has been an added advantage for me when I took over as the CEO of World Blind Cricket in January, barely five months after getting associated with the world body,” says Aswini.

“In India, cricket is a religion. So, it is obvious that I had knowledge about it. But, blind cricket was completely new for me. Like a layman, I would wonder how the visually-impaired people spotted the ball and batted with so much precision. Everything was so different,” he says.

ALSO READ: Pad Woman of Odisha on a mission to popularise sanitary napkins 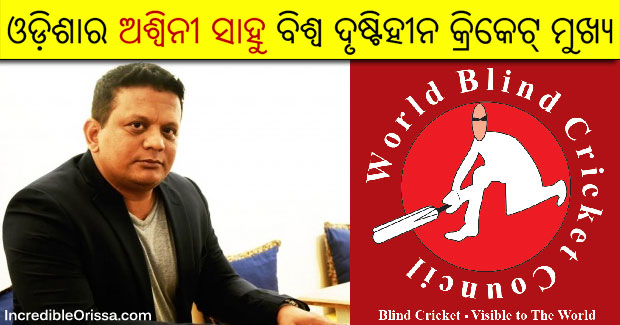