The RBI has decided to increase the cash withdrawal limit from ATMs to Rs 10,000 per day from the present Rs 4,500 with effect from January 16. However, there is no change in the weekly withdrawal limits, which stays at Rs 24,000.

The limit on withdrawal from current accounts has been enhanced from the current limit of Rs 50,000 per week to Rs 1,00,000 per week and it extends to overdraft and cash credit accounts also, the RBI said in the notification.

The move will be a relief for the customers, who have been hoarding cash. However, the fears of a cash shortage is unlikely to go completely as the central bank did not give any details on notes printing or supply.

“On a review of limits placed on withdrawals from ATMs and current accounts, it has been decided to enhance the same with immediate effect,” the RBI said.

On December 31, the RBI relaxed the daily ATM withdrawal limit to Rs 4,500 from the earlier cap of Rs 2,500. The enhanced Current Account withdrawal has been extended to overdraft and cash credit accounts, the RBI said.

The caps followed the November 8 government decision to demonetise the Rs 500 and Rs 1,000 notes, a decision which triggered widespread cash crunch in the country.

ALSO READ: How to use Aadhaar-based mobile payment App BHIM 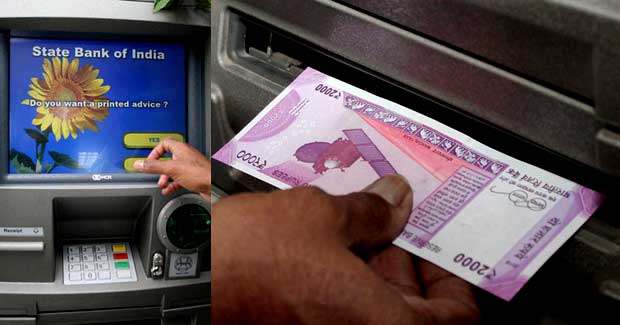