An audio-visual gallery depicting rare photographs and paintings related to the ‘Paika Bidroha’ was inaugurated in the Odisha State Museum on Thursday to mark 200 years of the revolt.

Culture minister Ashok Chandra Panda inaugurated the gallery set up at a cost of Rs 50 lakh. A 45-minute light-and-sound show, which is the main attraction at the gallery, narrates the battle between the British forces and the paikas or soldiers during the period between 1803 and 1825.

The show will be shown in Odia twice daily. However, the show timings are yet to be decided upon. “We will decide later if the shows will xbe ticketed and whether there will be English and Hindi versions of it as well,” Panda said.

Rabishankar Rath scripted the show and Biren Mishra and Padmavati Dwivedi have given their voice to it.

Statues of Buxi Jagabandhu, Jai Rajguru and others, who led the rebellion, have been installed in the gallery. Photographs portraying the lifestyle of the paikas and the weapons and various other materials used by them are on display.

On the other hand, the department has come in for criticism as most of the pictures of places, people and objects related to Paika Rebellion, which are being exhibited at the gallery, are mere flex prints of original photographs. Besides, there are very less exhibits of arms and other objects in the gallery. 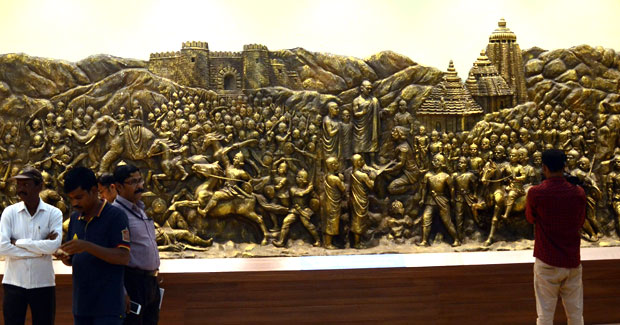