A special screening of ‘Baahubali 2’ film was arranged exclusively for police personnel in Odisha’s Nayagarh district on Sunday.

At least 170 police personnel along with their families watched Baahubali 2 at Radha Krishna theatre in Nayagarh. They were equally excited like general public to know the reason behind Kattappa’s motive of killing Baahubali.

District Superintendent of Police (SP) Kanwar Vishal Singh was among the police enthusiasts at the theatre, where the special screening was arranged at 9.30 pm. Assistant commandant S Sahoo and Nayagarh Town inspector Rashmi Ranjan Pattnaik coordinated the smooth screening of the movie.

“It was a good experience to watch the movie with my colleagues. We are thankful to the theatre owner, who arranged the special screening of the film for the police personnel,” SP Kanwar Vishal Singh said.

The SP said all officers were not permitted to watch the movie to ensure that the functioning of police stations was not affected. Another screening programme is being planned for those, who missed the Sunday show. 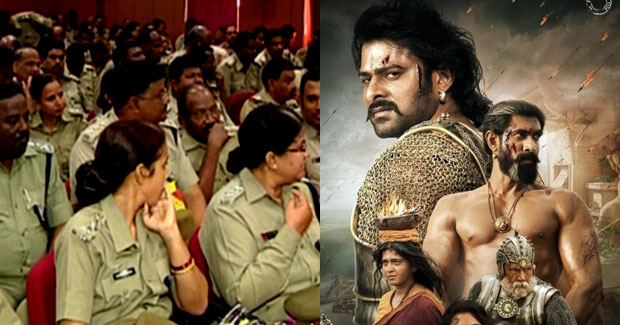