A 25-year-old woman delivered a mal-formed baby girl with two heads in Bhubaneswar’s Capital Hospital on Friday. Thousands of people crowded outside the hospital to view the baby.

The baby, a girl, who was born at 4.30 pm survived for 12 minutes. Mother of the baby, Rosalin Satpathy, belongs to Abhaymukhi block in Khurda district.

Apart from two distinct necks and heads, the baby had rest of the organs and limbs like a normal newborn, said Rosalin’s father Chittaranjan and husband Saroj Rath.

She was admitted to Capital Hospital after experiencing labour pain on Thursday evening. The doctors examined her and decided to go for a cesarean section a day later.

The baby developed breathing difficulties after birth and the doctors were planning to take her to the Neo-natal ICU but she died a few minutes later, sources said. 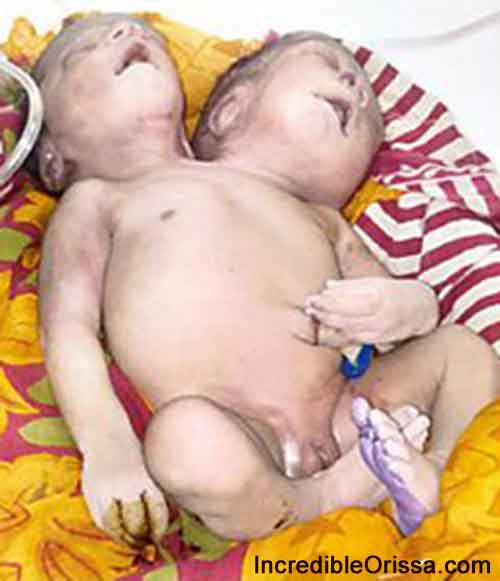 Initial tests showed that the baby had one set of vital organs but presence of two heads could not be ascertained during ultrasonography, said Chittaranjan.

“Such babies are called ‘dicephalic twins’. It is a very rare case and the chances of survival in such cases are low,” Gynaecologist Dr Sweta Panigrahi said.

This is a rare phenomenon, occurring 1 in 50,000 to 100,000 births, according to the Journal of Family and Reproductive Health.

However, 60 per cent are stillborn or die shortly after.