Dana Majhi, a resident of Melghar in Kalahandi district, grabbed headlines on national as well as international media in recent past for carrying his wife’s body on shoulders from the district headquarters hospital.

KIIT University has helped him to travel Delhi today by Air India flight from Bhubaneswar airport. He was accompanied by two members from KIIT University.

From Delhi airport, Dana Majhi went to Bahrain Embassy in Vasant Vihar area and collected his cheque. Dana Majhi expressed his gratefulness to the Kingdom of Bahrain for their helping hand.

Talking to media persons, he said, “I will deposit the amount in the passbook of my children. They will utilise the money in future after getting education at the KISS school.”

He further stated, “I had never visited either New Delhi or Bhubaneswar. Even I do not know who donated money to me. However, I was told after knowing my story, the Bahrain Prince gave me the money.”

Majhi added, “If I had the money, I would not have suffered so much.” 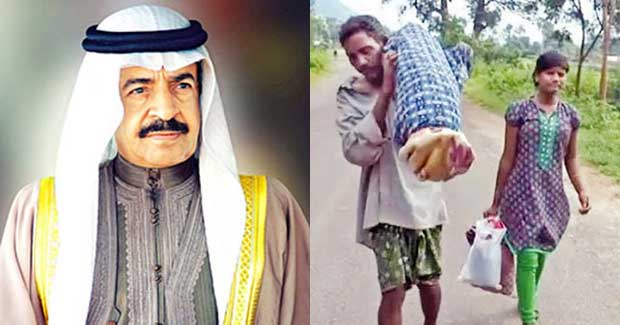