Nandankanan Zoological Park has got its own ‘Bahubali’. Thanks to the recommendation of visitors, the zoo authorities have named one of its tiger cubs after the SS Rajamouli blockbuster movie.

Born to Megha and Nandan, the latter being a wild tiger that had strayed into the zoo in April 2013, the cub was christened Bahubali after more than 1,200 visitors had suggested it. Six other tiger cubs, which had been born at the zoo last year along with Bahubali, also got their names on Wednesday.

The tiger cub was named as ‘Bahubali’ in the presence of Odisha Forest and Environment minister Bijayshree Routray. Other six cubs were named as Kundan, Adyasha, Sahil, Vicky, Sinu and Mousumi.

A zoo official said that more than 2,200 visitors had dropped the names in boxes kept in front of the tiger enclosures between 8.30am and 5.30pm yesterday. “More than 58 percent of visitors opted for the name “Bahubali” for the cub,” said deputy director of the zoo, Jayant Dash.

Explaining the reason behind naming the cub after Bahubali, Dash said that as Bahubali was an indomitable and powerful character, the same potential lies in this cub as well, because its father Nandan was a wild one. Nandan had strayed into the zoo from the nearby Chandaka-Dampara sanctuary. It had escaped in June 2013 by scaling an 18-feet-high fence. The zoo authorities managed to facilitate its re-entry to the zoo in the same month. 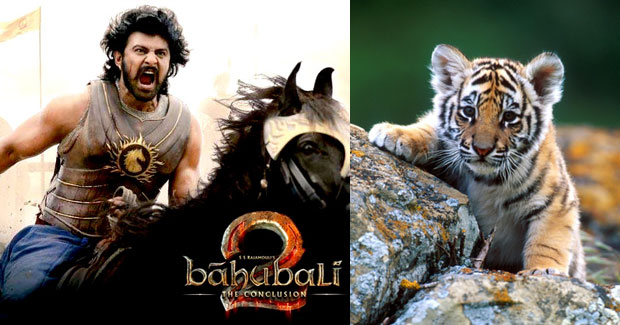