Students of Odisha’s Ravenshaw University have made a film on the courage and valour of Baji Rout, the youngest freedom fighter as well as youngest martyr in the history of the country’s freedom movement.

Titled, “Baji Rout: India’s Youngest Freedom Fighter”, the short-film has been created with the endeavour of total 19 Ravenshaw students, including 7 crew members and has been directed by Riyyan Farooq, Diksha Nayak and Prosari Chanda.

Produced by Candid Cinema, the movie depicts the story of Amar Saheed Baji Rout who was shot dead by the British after he refused to ferry them across the river on October 11, 1938.

The film also narrates the life of Baji Rout, who was born on October 5, 1926, at Nilakanthapur in Dhenkanal district and the events which inspired him to join ‘Banar Sena’ wing of Prajamandal movement and his contribution to the movement.

Set in 1938, the film elaborately depicts the event and contribution of Prajamandal movement to Odia soil and shaping Baji Rout’s life. “The language of the film is Hindi. It has been adapted so that the story of India’s youngest freedom fighter reaches the people of our country with utmost clarity,” said director of the film. 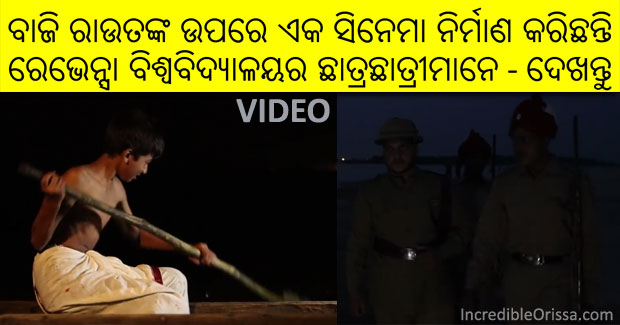