Putting uncertainty to rest, the Medical Council of India has given permission to the newly-opened medical colleges at Balangir and Balasore to conduct admissions from this academic year.

Director of medical education and training (DMET), said the MCI executive committee on April 26 considered feedback from its teams that assessed the infrastructure of the two colleges and recommended that students be admitted to occupy 100 MBBS seats in each.

Sources said, the MCI teams which inspected the two new colleges on April 23 were fully satisfied with their level of preparedness. It is now mere formality before the Union ministry of health and family welfare issues a letter of permission next month.

There was apprehension regarding the fate of admissions into the second batch of the Baripada medical college this year because the MCI team did not visit the college after it pointed out certain deficiencies in its infrastructure last year.

Petroleum minister Dharmendra Pradhan had, last week, written a letter to Union health minister J P Nadda for an MCI inspection of the college so that admission into the second batch can be ensured.

The MCI has already given its go ahead for admission into the second batch at the Koraput medical college. 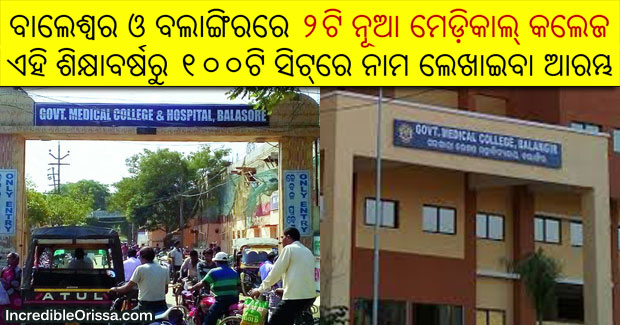