Odisha’s largest trade and commerce fair Bali Yatra will begin from 8th November 2022 (Tuesday) in Cuttack on the Barabati Fort area and banks of Mahanadi river.

The 8-day-long fair was inaugurated by Finance Minister Sashi Bhusan Behera at the Baishnab Pani Manch. For the very first time, the administration has decided to hold Bali Yatra for ten days in view of the Odisha Hockey Men’s World Cup.

According to sources, as many as 1086 stalls have been alloted to traders so far and a revenue of Rs 1.11 crore was collected. The administration has collected Rs 33 per sq ft from traditional traders and Rs 43 from new ones for setting up stalls during the fair.

As many as 380 stalls have been set up by the Odisha Rural Development and Marketing Society (ORMAS) at Tala Padia, sources added. Bali Jatra in Bhubaneswar to commemorate the maritime glory.

Bali Yatra is held every year to commemorate and celebrate the glorious maritime history of Odisha and draws thousands of visitors from across the state and beyond. 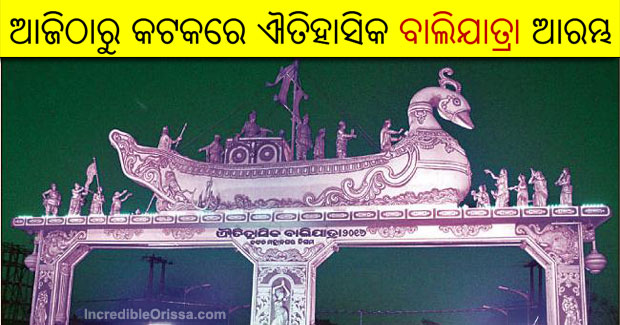