Film stars, theatre and jatra artistes, writers, and popular faces from television got together to see who wins what.

Theatre artist Ajit Das received the lifetime achievement award for his contribution to the cultural spectrum of the state. Veteran actor Pradyumna Lenka was presented the Dhirendranath Biswal award for his works in Odia movies. 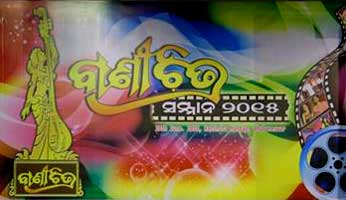 The superhit pair of the Odia film industry, Sabyasachi Mishra and Archita Sahu, got the best popular actor male and female awards respectively, for their romantic movie ‘Smile Please’.
Shakti Baral was declared the best screenplay writer for ‘Daddy’ and the best music director award went to Abhijit Majumdar for the movie ‘Smile Please’.

Biju Badajena and Pushpa Panda each got awards for their character roles. While Sritam Das walked away with the best actor in a negative role award for his film ‘One Way Traffic’, Salil Mishra was presented the best comedian award for ‘Om’. Around 47 awards were presented this year.

A special performance by comedian Gyana Hota won huge applause from the audience. Veteran jatra actor Kailash Behera’s recitation of a few dialogues from his plays was also appreciated. Both of them were honoured for their contribution to the small screen and folk theatre, respectively. The evening also witnessed other cultural programmes including an enthralling dance show.