Nimai Charan Harichandan (July 9, 1901 – July 19, 1983), better known as Banikantha to the people of Odisha, was the first Odia Professional Singer.

After so many years of his sad demise, his unique voice still echoes in the heart of every Odia. A recipient of Padmashree, he was famous for his devotional songs (bhajan and janana), besides his wide repertoire of songs including Odissi, Chhanda, Champoo.

On 11 January 1933, he recorded his first song, ‘Bitalaku Alingana’ for HMV. The song was an over-night sensation. Its popularity was so phenomenal and unrivalled that, after a few months of its recording Nimai Harichandan got an invitation to sing for All India Radio, Kolkata in 1934. In that same year, Utkal Sahitya Samaja had organized a Chhanda Music Competition where he was awarded the first prize along with the ‘Gajapati Maharaja Gold Medal’.

In 1943, he bagged the Gold Medal for Odissi Music from Utkal Sangeet Samaja. Nimai Charan Harichandan was the true worshiper of Odisha’s very own culturally enriched traditional music forms as he was never deviated from the singing limitations of Odissi, Chhanda, Champoo, Janana and Palli gita (folk). His soprano voice of compelling range made him so popular that this genius aptly titled “Banikantha” in 1943 by HMV since he holds the highest record for a regional artist – over 01 lakh discs, all best-sellers.

Banikantha Nimai Charan Harichandan was awarded ‘Padma Shri’ in 1976, the first Odia Singer to have this title. In 1978-79, he was also awarded by Odisha Sangeeta Nataka Academy. In the year 1980, he had got the rarest honour to inaugurate his own statue in the premises of Sri Ramachandra Bhavan at Cuttack. 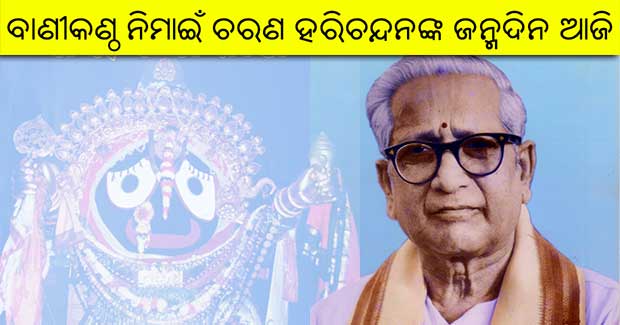