It has been only 12 days since Odia IPS officer Basant Rath took over as Jammu and Kashmir’s Inspector General of Police (Traffic) but he is already creating buzz for all the right reasons.

The 2000-batch IPS officer who fined and seized a police vehicle for plying without a registration number plate at Jammu city’s Bikram Chowk, a few days ago, has become a hit for his innovative ways to manage traffic. Interestingly, this action had come after Rath had issued a stern warning to his seniors through a social media post.

Hailing from Odisha and an alumnus of Jawaharlal Nehru University (JNU), Basant Rath is best known for his straightforwardness on social networking sites like Facebook and microblogging site Twitter.

On Saturday, Rath issued an advisory for plying of school buses in Jammu and Kashmir, asking them to strictly follow the stipulated guidelines. The advisory said that school buses need to be painted yellow, with “on school duty” written on the back and the front. It added that all school buses must have first aid kits, speed governors of specified standard, window grills and fire extinguishers.

In his post, Rath had warned policemen against violating traffic rules. “My dear seniors who think I’m all gas on Facebook and Twitter and no guts on streets. Please ask your PSOs to drive their bikes without wearing helmets. I’ll ruin their day. And yours. I don’t think I love you,” he had said in a post on social media. Since the incident, Rath has been compared to popular Bollywood protagonists like ‘Singham’ and ‘Dabangg’, something that he does not take fancy to.

In the militants infested state like Jammu & Kashmir, Rath is like a moving force in vehicular traffic system. He leaves no stone unturned when he catches anyone riding the bike without helmet. His strict attitude in profession and dauntlessness has won many hearts on Twitter and Facebook. 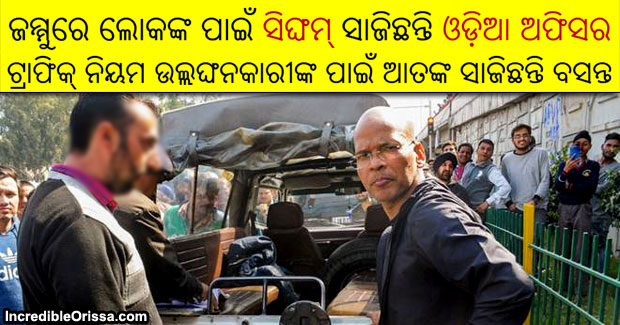