The BCCI’s working committee met in Bhubaneswar today, kept on hold its decision to move the Indian Premier League (IPL) matches later this year to an overseas venue, according to its president N. Srinivasan.

The Home Ministry made it clear that it would not be able to provide security for the event due to the elections set for April-May.

IPL chairman Ranjib Biswal has informed that South Africa, Bangladesh and UAE have expressed interest to host the matches. 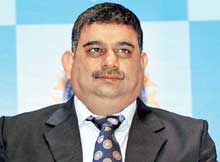 But the BCCI is keen to keep a majority of the matches in India due to immense pressure from the sponsors.

A cola company, which has bought the title rights of the IPL by paying a massive 800 crore for five years, is also against the tournament moving abroad.