The Bhubaneswar Development Authority (BDA) in association with the Bhubaneswar Municipal Corporation (BMC) will carry out 10 slum development projects in the city to have new housing stocks and to create 5,000 more residential units for economically weaker sections (EWS).

The city has already started its work to have over 5000 EWS houses under various public-private partnership (PPP) projects. The new initiative will add to this so that more than 10,000 housing stock exclusively for EWS category will be ready very soon, official sources said.

“We had already initiated two affordable housing projects – one at Chandrasekharpur and the other at Shanti Nagar on Janpath. The modalities for the projects are already in the final stage and work will begin in a few months. Now, we have decided to construct more such houses. The sites will be selected on a priority basis,” said a senior official of the Bhubaneswar Development Authority (BDA).

Officials said the new projects would include the construction of new houses for the poor, followed by shifting of the slum-dwellers to the complex (known as brownfield projects). Currently, the authorities build houses after relocating the occupants in transit houses, which are known as greenfield projects.

According to the state government’s Housing for All policy, there are seven models to ensure affordable housing in urban areas through seven types of public-private partnership. Depending on the land and the beneficiaries, the authorities take up appropriate models for timely execution of the new projects. 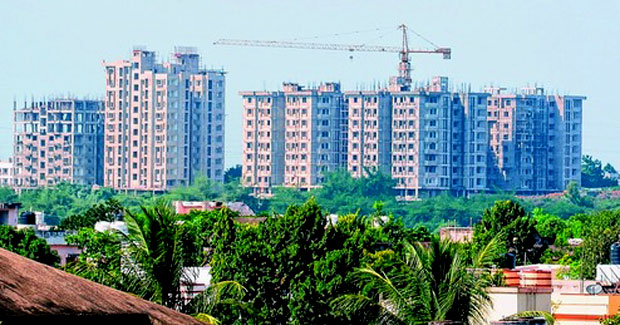