Bekey Oram of Odisha has been selected by All India Football Federation for the India U-16 football team which is going to participate in the India-Egypt Friendship Cup 2017 which is scheduled to be held at Cairo in Egypt.

The first of which kicks-off on April 22, against Egypt’s Al-Ahly Club in Nasr City, Cairo, before the colts lock horns against Smouha Club on April 23, in Alexandria. The 23-member side will be leaving Indian shores today and have their first training session in Cairo on April 21, before facing Al-Ahly.

Bekey Oram, an inmate of Bolangir sports hostel, was also the captain of Odisha State Sub Junior football team that participated in the last year Sub-Junior National football Championship, in which his team claimed the runners up title.

He is the younger brother of Rakesh Kumar Oram, who is an Indian professional footballer and plays as a midfielder for Mumbai City in the Indian Super League.

Sanjay Behera, secretary of Football Association of Odisha and his coach Prasar Bag has congratulated Bekey Oram for his outstanding achievement. 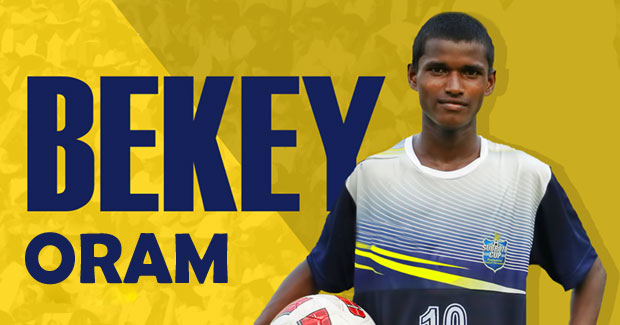