Rangabati, the timeless Sambalpuri folk song that has won the hearts of many all over the world has been recreated in Bengali by Surajit Chatterjee and Iman Chakraborty with their melodious voice.

The song is part of Akshay Kumar Parija production’s upcoming Bengali movie ‘Gotra’. Most part of this movie has been shot in Odisha. Devlina Kumar and Om Prakash Sahani have special appearances in the song.

The Bengali lyrics has been penned by Surojit Chatterjee, while Mitrabhanu Gauntia was the lyricist of this song. The original singers of this cult song are Jitendriya Haripal and Krishna Patel and Prabhudatta Pradhan, the composer.

Om shaking legs in popular dance numbers is nothing new but to see Devlina Kumar in such a dance number is pleasantly surprising. Later in the video, the leading lady of the film Manali Dey joins them and she also looks quite natural with the dance steps.

‘Gotro’ revolves around searching for the true identity of a human being. Is it their religion or caste, or is it humanity? In these politically charged times, this movie is sure to raise very pertinent questions. 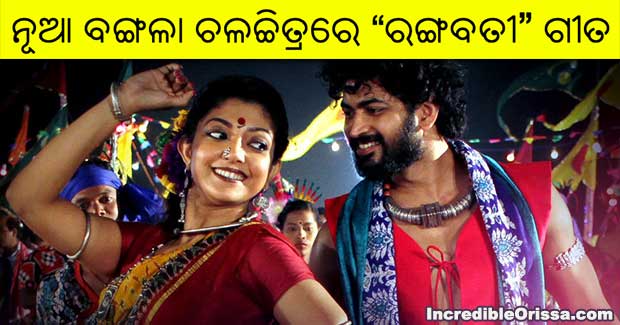