Recalling the gallantry of former Odisha Chief Minister Biju Patnaik which saved Jammu and Kashmir from falling into the hands of Pakistan supported tribal invaders, a few months after Independence, BJD demanded that Bharat Ratna should be conferred on him.

On a day, when the historic decision to scrap Article 370 and bifurcate Jammu and Kashmir was given shape to in the Lok Sabha, the contribution of former Odisha Chief Minister, the legendary Biju Patnaik to the State’s accession to India was fondly remembered by the members.

Participating in the debate on Jammu and Kashmir Reorganisation Bill, 2019, BJD MP Pinaki Mishra said, the BJD in the past had demanded Bharat Ratna for the late Chief Minister which did not materialise.

“I hope the present Government would rectify the error and confer the honour on Biju Babu,” he said.

The BJD MP recalled the history of the State during that turbulent period soon after Independence and the contribution of the legendary leader.

READ: How Biju Patnaik flew his Barat (wedding party) to Lahore himself 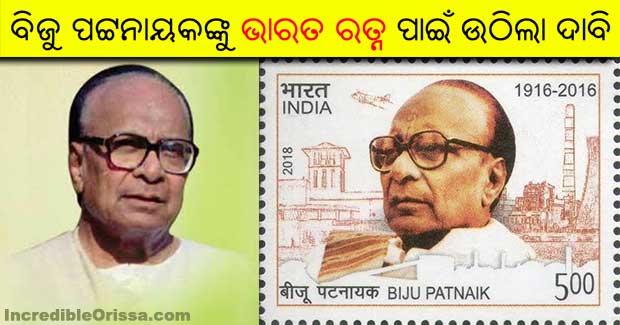