Leader of Opposition in the Odisha Assembly Narasingh Mishra urged the Centre to confer Bharat Ratna, the highest civilian award of the country, on Utkala Gauraba Madhusudan Das for his exceptional contribution to freedom struggle and development of Odisha.

Madhusudan Das was the first graduate and advocate of Odisha. He was born in the village of Satyabhamapur, 20 kilometres from Cuttack, Odisha. He is known as Kulabruddha, which means Grand Old Man, Madhu Babu, and Utkal Gourab, which means Pride of Utkal, and was referred to as a poet and freedom fighter.

Describing Madhu Babu as the symbol of Odia nationalism, Mishra drew the attention of the Prime Minister towards the former’s role in the struggle for independence. “He was a multi-faceted personality who dedicated his whole life for the uplift of Odisha. Due to his untiring efforts Odisha became a separate state on linguistic basis,” Mishra said.

Madhu Babu’s struggle against the British to free India is significant and this brought him closer to many contemporary freedom fighters including Mahatma Gandhi, who held him in high esteem and sought his advice on many critical matters, the letter said.

In a letter to Prime Minister Narendra Modi, Mishra also requested for introduction of a train from Bhubaneswar to New Delhi with the name ‘Utkala Gauraba Express’. 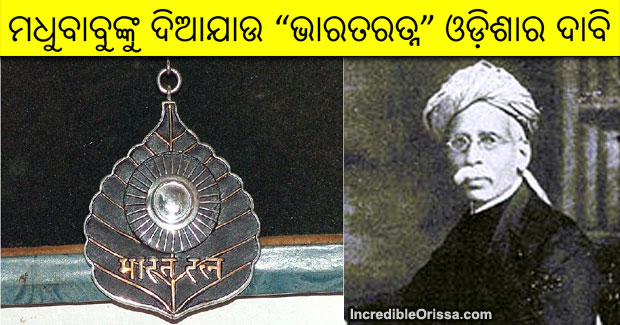