IndiGo, the country’s biggest low-cost airline is all set to launch direct flight from Biju Patnaik International Airport (BPIA) in Bhubaneswar to Ahmedabad from September 2.

The BPIA authorities announced the direct flight service by IndiGo on Bhubaneswar and Ahmedabad route on July 19. Besides, IndiGo will operate another flight from Bhubaneswar to Hyderabad from September 1.

Currently, out of five flights being operated to Hyderabad, three are from IndiGo. With the launch of another flight by the aviation firm on this route, the total number of IndiGo flights will be four. 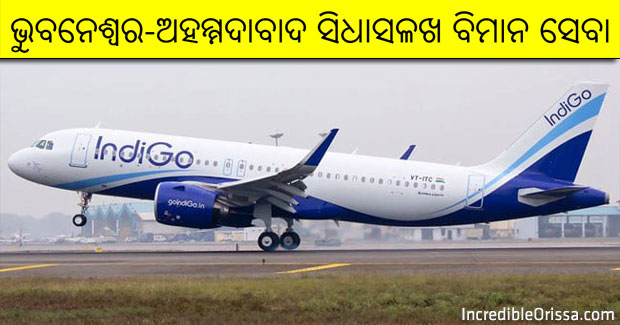