IndiGo is likely to introduce Bhubaneswar to Ahmedabad direct flight service on October 28 when the winter schedule comes into effect.

The Bhubaneswar-Ahmedabad flight will be operated six days a week. A quick glance at the IndiGo official website shows that the airlines has started booking seats on this route.

However, it is yet to make an official announcement in this regard. IndiGo commands 90 percent of the passenger traffic out of Bhubaneswar airport.

According to sources, the flight from Biju Patnaik International Airport in Bhubaneswar to Ahmedabad will leave in the evening hours, possibly at around 8 PM. The flight from Ahmedabad is expected to take off at 5 PM.

Bhubaneswar will soon have a direct flight to Surat in Gujarat. This was stated by Bhubaneswar MP Aparajita Sarangi after meeting Union Civil Aviation Minister. 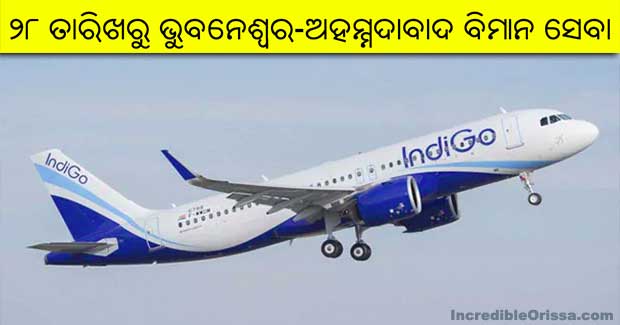