The Odisha capital Bhubaneswar has been selected to host the Asia Rugby Sevens Under 18 Girls Championship. The tournament will be held at Kalinga Stadium in January 2019.

In the first edition of the championship, the Indian squad finished third which Hong Kong bagged the gold medal. In the Paris World Games, the Indian girls won silver.

“We have been approached by India Rugby Football Union for hosting of the championship,” said an official of the sports and youth services department.

He said that the acceptance for hosting the event had been approved by the chief minister. “We have informed the union and will hold a meeting to discuss the details, ” said the official.

Sources said Bhubaneswar was approached to host the event since a number of Odia players are part of the national rugby team. Among the 12-member under-18 girls national rugby team, five are Odias including captain Sumitra Nayak. The other players are Basanti Pangi, Rajani Sabar, Lija Sardar and Soni Mandangi. 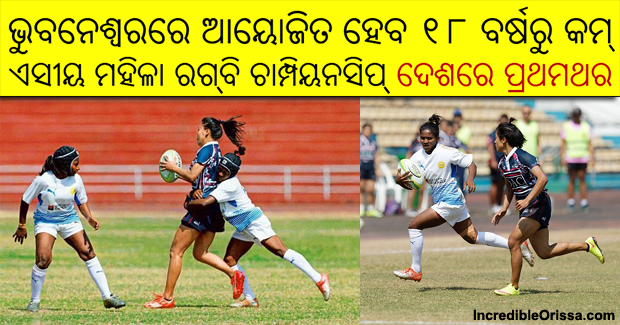