April is turning to be a cruel month for Bhubaneswar, literally turning the Odisha Capital into a boiling cauldron with temperature rise breaking all highs in recorded history and registering 45.7 degrees Celsius on Monday.

For more than a week, coastal Odisha particularly Bhubaneswar has been witnessing unrelenting heat wave. The capital city of Bhubaneswar created a weather history as it shattered city’s 30-year-old record by experiencing 45.7 degree Celsius – the highest ever temperature measured for the month of April.

The previous maximum for the month of April in the Odisha state capital was 45 degrees recorded on April 23, 1985, said IMD director Sarat Sahu, who issued a warning for severe heat- wave conditions in some parts of coastal and north interior Odisha in the next 24 hours.

The relative humidity level in Bhubaneswar went up to 90 per cent, making for sultry conditions that forced most people to remain indoors.

Bhubaneswar Meteorological Centre has predicted that similar condition would prevail for next week as there is very little chance of thundershower. Besides, atmospheric systems, which often cause rains, could not be detected. Slow sea breeze has also made the matter worse for coastal Odisha. 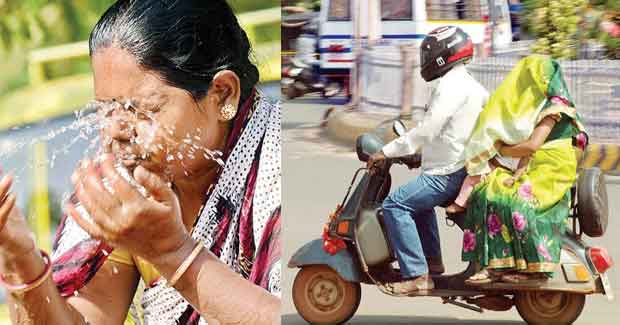