The Centre has approved in principle a common bypass road for Bhubaneswar and Cuttack. A four lane 64 km ring road will be constructed from Khurda (NH-5) to Manguli (NH-42) which will serve as a bypass to the existing six lane road between the twin cities and help ease traffic pressure making commuting hassle free. 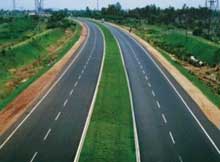 “Six laning works on the Cuttack-Bhubaneswar road is almost complete, within a span of 3 to 4 years it’s going to get congested and there is a demand for making it eight lanes which is not possible because removal of structures alongside it is difficult. We had sent a request to the Centre for a bypass road for Cuttack-Bhubaneswar for easing the traffic problem in these cities. We have received an in-principle approval from them on January 16,” said Pradhan after formal inauguration of the Indian Roads Congress (IRC) in Bhubaneswar.