Traffic cops in Bhubaneswar and Cuttack now wear body cameras on their chests to keep an eye on errant drivers and bikers violating the traffic rules. Police on Saturday distributed body cameras among traffic personnel to upgrade vigil on violations.

The mini camera is to be worn by personnel on their uniform and will record footage and audio of real-time incidents of traffic violations and behaviour of errant persons towards policemen on duty. This will also ensure transparency in the enforcement of traffic regulations, leaving lesser scope for people to complain against traffic police.

At present, the city is has more than 300 CCTV cameras installed to record instances of traffic violations. Sources said that with the introduction of the body and dashboard cameras, the strength of the police will increase two fold.

A traffic police official at Patel Marg said the cameras would be put up near the chest and operated both manually as well as automatically. “Many a time, the CCTV cameras failed to recognise the registration numbers of vehicles violating traffic norms since they are installed on poles, located far away from the cars. With the body cameras, we will be able to focus on these things with ease,” he said.

PHOTOS: Different Besha of Lord Jagannath: Photos of all 32 Besas 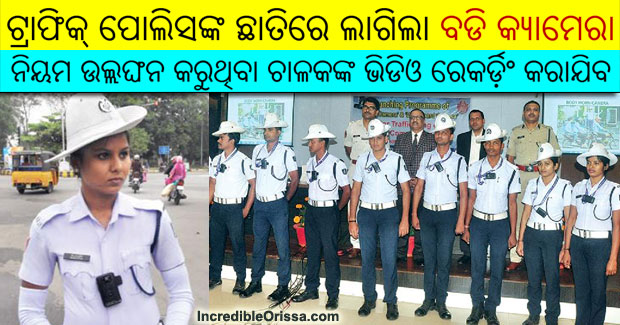