After the launch of flight services to Kuala Lumpur and Bangkok, air travellers will soon be able to enjoy direct flight connectivity to Dubai and Sharjah from the Biju Patnaik International Airport in Bhubaneswar.

Sources in the IndiGo airline said that the company has decided to launch its flight from Bhubaneswar to Dubai from November 1. Besides, it is also planning to launch another flight to Sharjah. However, the booking is yet to start.

“AirAsia will start flights to Bangkok. We are speaking to various airlines to start more domestic flights and also international flights to Middle Eastern countries. We are expecting to get flights to Dubai and Sharjah soon,” informed BPIA Director, Suresh Chandra Hota.

Apart from launching its overseas flight, the IndiGo airline is scheduled to launch its maiden inland flight from Bhubaneswar to Guwahati from October 28 for which the booking has already started.

Talking to the media on Monday, Director of Biju Patnaik International Airport, Suresh Chandra Hota said the AirAsia has already announced its flight to Bangkok from December. At present, there are a total of 42 flights from Bhubaneswar to eight different cities in the country, including one overseas flight to Kuala Lumpur. 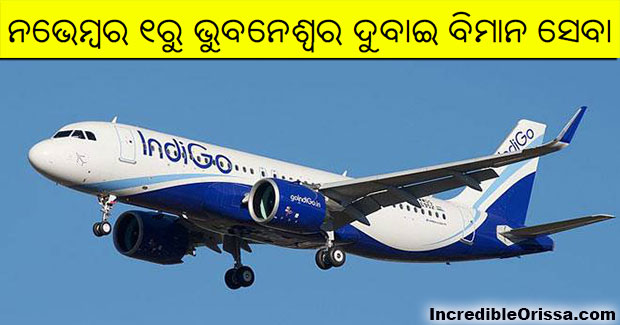